Cups and lids are also finding their way into our oceans where they breakdown and form tiny pieces called microplastics. These are ingested by marine life and cause millions to die every year.

Paper coffee cups are lined with plastic (Liquid paper board- LPB) to make them waterproof. Although the paper outside will breakdown, the plastic inner won’t. To recycle them they must be sent to a specialist recycling facility that is costly and complicated. Consequently only 8% are recycled. This equates to 2.7 million coffee cups in Australia going to land fill each day.

Green Caffeen was born to make a difference! 2 Dad's frustrated by the Bring Your Own Cup Concept knew there had to be a better, more convenient way... We've set ourselves a realistic target to Save 1 Million Disposable Coffee Cups from entering Landfill... 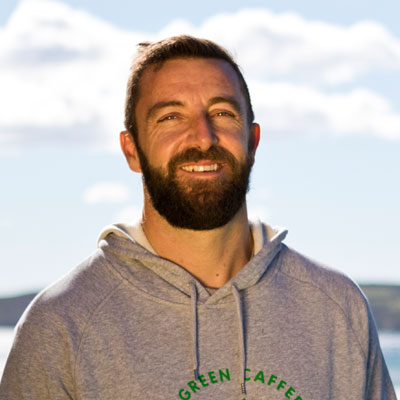 From protecting our community to protecting the environment, and ultimately...protecting our futures, Martin once stood tall in blue as he dedicated 12 years of his life to the NSW Police Force.

A South coast local, he played the role of Police officer, dad, husband and great mate, and to top it off he can even catch a wave. On the outside he donned his shiny boots, those cool looking vests and that airs of confidence that only those in uniform can really pull off.

...But on the inside, he hid years of mental anguish.

Diagnosed with Post Traumatic Stress Disorder, Martin’s seemingly average, Aussie life, (unlike those disposable cups) began to degrade. He could no longer protect others, as he learnt to protect himself. Putting his hat away for the last time, (or maybe just throwing it to the bottom of his locker, who knows?) Martin retired from policing.

After nine months of self-discovery and lots of UNO, back on dry land, Martin jumped straight back into stay-at-home-dad duties, dedicating his afternoons to homework and sport runs. He knew he couldn’t just quietly blend back into society... he could still catch a wave, but it was no longer enough. Unable to return to a 9-5 job and having been forced to leave all that he once knew, Martin’s helpful nature slowly began to resurface and he realised, he could still make a difference... 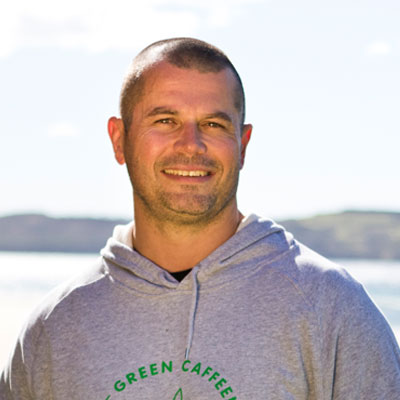 He was the one who helped you find your first home.

For 15 years, Damien made a business out of helping others. He was the one who carried all the burden and stresses of making sure the process of selling and buying a house was...dare we say, enjoyable. A successful businessman, loving dad and husband, Damien also hid his mental health suffering behind polished shoes and seemingly flawless suits.

In 2010, Damien was diagnosed with Bipolar disorder and found himself saying goodbye to city life and accepting a promotion from business owner to full time stay-at-home-dad. Luckily, he’s also pretty good at catching those waves as he moved with his family down to the South coast.

Like the ebbs and flows of our unbridled oceans, Damien began to learn, how not to control, but to ride the emotional waves that tried to wash over him. His affiliation with water and anything fishing, would have you believing he was born and raised an Illawarra man.

Whilst embracing the coastal life, Damien was inspired by an elderly couple who would collect rubbish each day whilst walking along the beach. This was one of those ah-huh moments for Damien, and although he’s still entirely committed to packing school-friendly lunches, plaiting hair and school runs, he realised, if they can do that, then so could he and voilà ...his desire to help others was reignited.