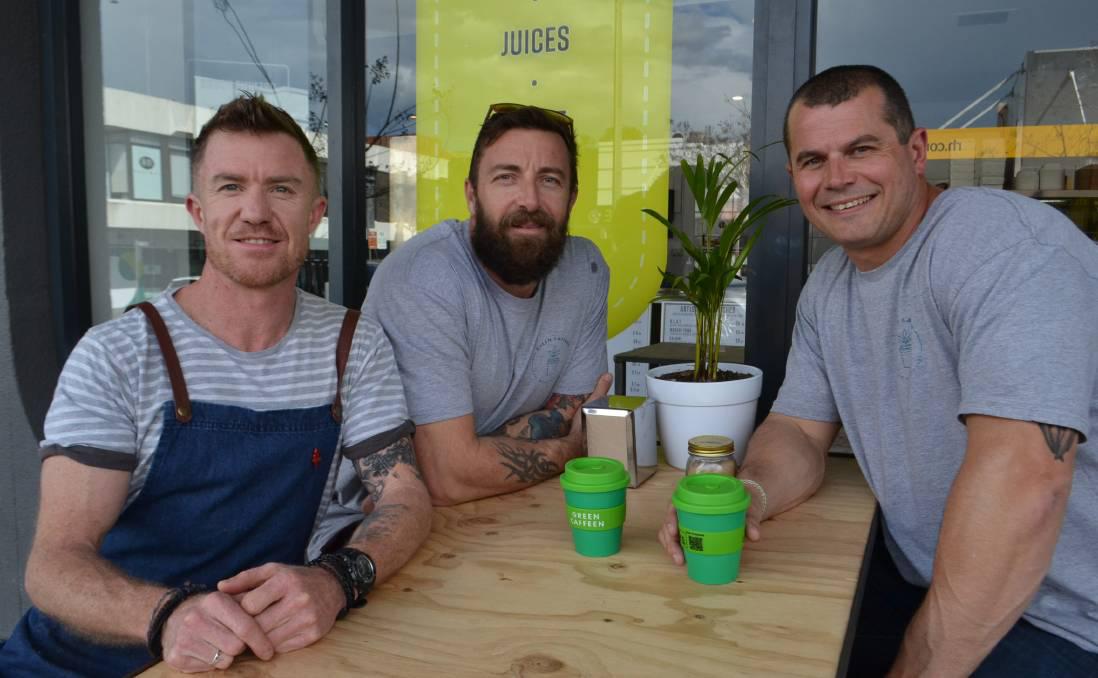 Kiama based start-up Green Caffeen has continued to spread its wings, this time launching in Nowra.

Founders Damien Clarke and Martin Brooks were in Nowra to launch their innovative swap and go coffee cup system in four cafes on Friday.

“Four cafes reached out to us from Nowra that wanted to jump on board, and it looks like we’re going to get another 10 by the end of next week,” Mr Brooks said.

Coffee on the Couch

Peckish on the Park

Mobile coffee van The Bearded Brewer has also signed up.

“The thing we need to do is get our feet on the street and get these cups in the shops.

“By the end of next week we’re hoping to get another 10 cafes (in Nowra) up and running.

“We were originally only going to have 20 cafes in Kiama and we launched with 37, and we now have 78 throughout the Illawarra and that led to another eight or nine in Cronulla.”