Kiama Independent - The article that started it all 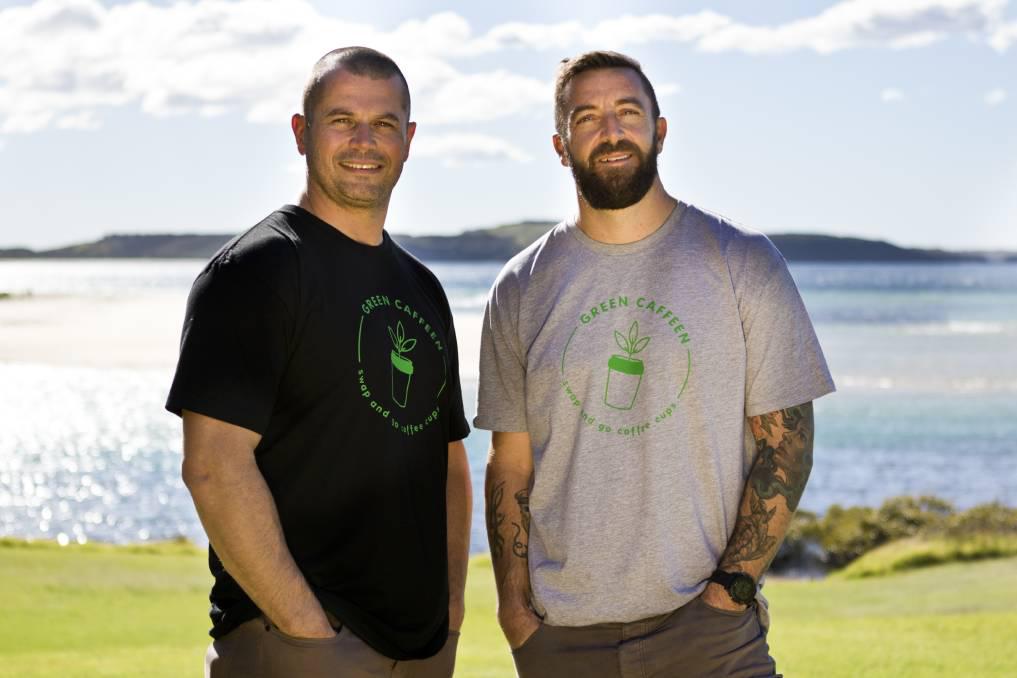 The plastic-free movement has taken Kiama by storm, and local cafe owners are ready to up the ante.

If all goes to plan, 20 cafes from Minnamurra to Gerroa will be on board with Green Caffeen’s vision to eliminate a million disposable coffee cups from landfill in Kiama by the end of 2019.

The revolutionary swap and go system will allow coffee drinkers to sip from a reusable cup, bring the dirty cup back into participating cafes, and walk out with coffee in a clean cup.

The system has been trialled in Minnamurra with a small sample group, and already prevented the use of 600 disposable cups.

The system, invented by Kiama locals Damien Clarke and Martin Brooks, emerged from their struggle to commit to reusable coffee cups.

“We got frustrated by our inability to commit to BYO cups,” Mr Clarke said.

“I’d leave them in the car for days, forget to wash them, and end up buying a brand new one.

“We thought there has to be a better way. ”We came up with a swap and go coffee cup scheme.”

Local cafe owners said the initial buzz around reusable cups has worn off.

“The War on Waste documentaries inspired the community here to do their best, but it’s easy to get back into old habits.

“Two per cent of customers are loyal, they’ll bring their keep cups day in, day out.

“If we can convert 20 or 30 per cent of the market who want to make a difference, we’ll be happy.”

It will cost users a coffee a month to take part.

Though participating businesses will be doing more washing up, they are tipped to save thousands a year on the cost of disposable cups.